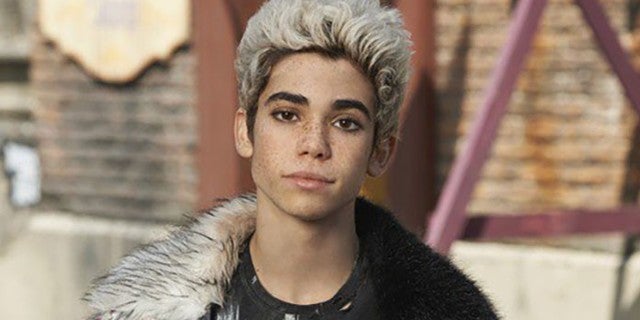 For fans of The Disney Channel‘s Descendants, Sunday brought devastating news. Cameron Boyce, who played Cruella de Vil’s son Carlos in the movie series and was well-known for his role as Luke Ross on the Disney Channel series Jessie as well, has passed away at the age of 20. Boyce’s passing was confirmed by his family in a statement to ABC News, acknowledging that the cause of death was a seizure due to “an ongoing medical condition.:

“It is with a profoundly heavy heart that we report this morning that we lost Cameron,” the statement reads in part. “He passed away in his sleep due to a seizure which was a result of an ongoing medical condition for which he was being treated. The world is now undoubtedly without one of its brightest lights, but his spirit will live on through the kindness and compassion of all who knew and loved him.”

Soon after the announcement of Boyce’s passing, his friends and co-stars took to social media to remember the actor, including Adam Sandler. Boyce played Keith Feder, son of Sandler’s Hollywood talent agent Lenny Feder in both Grown Ups and Grown Ups 2. Sandler’s message highlighted just how much he cared about Boyce, calling him “too young. Too sweet, Too funny.”

“Too young. Too sweet. Too funny. Just the nicest, most talented, and most decent kid around. Love that kid. Care so much about his family. Cared so much about the world. Thank you, Cameron, for all you gave to us. So much more was on the way. All our hearts are broken. Thinking of your amazing family and sending our deepest condolences.”

But it’s not just Sandler who Boyce deeply impacted in his life. Fans of the actor have been taking to social media as well to pay tribute to Boyce, posting messages about how much the actor touched their lives through his film and television roles. Reactions ranged from sad, but fond, memories of Boyce’s various roles to absolute heartbreak at the realization that the upcoming Descendants 3 will be his final role — and that the film will likely contain an acknowledgement of the young actor’s passing.

Read on for fan tributes and reactions to the passing of Boyce.

Grew up with you…adored you in every show and movie you were on. Watching descendants 3 is gonna be a tough one now that you’re gone. To Luke Ross, to Carlos De Vil, but mostly to Cameron Boyce….rest in peace sweet thing 💛 pic.twitter.com/xmutmDezrb

im so sad 🙁 he was my childhood, i had the fattest crush on him in jessie and i really loved him in descendants and grown ups. i was just thinking about that movie yesterday and now i realised he’s not even gonna be here for the premiere of descendants 3 and wow :/ pic.twitter.com/3DlskGV6vz

Obviously it’s upsetting when people die but I feel like Cameron Boyce just hit us differently. I mean everyone pretty much grew up with him. I used to come home and watch Jessie for hours and Ik I’m not gonna be ready to see baby CB on old reruns. It just hurts deeper. pic.twitter.com/2n3BOjfNHq

My heart goes out to a mother who lost her son, a father who also lost his son, a little sister who lost her big brother, and fans all across the world who lost a role model. Life is so short and tomorrow isn’t guaranteed. RIP.❤️

Cameron Boyce’s death is so personal. I used to go home everyday and turn on Jessie and watch it for hours. He had such a presence and impact on everyone who watched/knew him and on everything he did. He was genuinely such a good soul. It’s so strange knowing he’s gone. pic.twitter.com/gOFUCLHJki

Rip Cameron Boyce i watched you played luke Ross on Jessie for years. You always been my 2nd favorite character to Ravi. Your legacy will forever lives on to. Even though you was hitting your prime We will nevee forget you for your hardwork ❤❤❤ pic.twitter.com/0xVVMcZQn5

cameron boyce was not only a talented actor, but also a humble, down to earth, amazing person, rest in peace angel pic.twitter.com/SSbst5cVAi

Cameron Boyce was probably the only child Disney star that stayed honest and true to himself. Today is really tragic. 😭 pic.twitter.com/KMfbVYwwaB