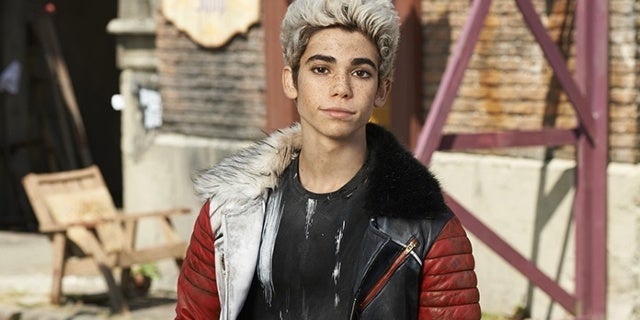 On Sunday, news broke that Disney Channel star Cameron Boyce passed away at the age of 20. Boyce’s family confirmed that the cause of death was a seizure due to “an ongoing medical condition”.

“It is with a profoundly heavy heart that we report that this morning we lost Cameron,” the statement reads in part. “He passed away in his sleep due to a seizure which was a result of an ongoing medical condition for which he was being treated. The world is now undoubtedly without one of its brightest lights, but his spirit will live on through the kindness and compassion of all who knew and loved him.”

“We are utterly heartbroken and ask for privacy during this immensely difficult time as we grieve the loss of our precious son and brother,” the statement continues.

Boyce was best known for his role as Luke Ross on the Disney Channel series Jessie, as well as the spinoff series Bunk’d. He was also one of the stars of the hit Disney Channel movie series Descendants, in which he played Carlos, the son of Cruella de Vil. The third film in the franchise is set to debut in August of this year.

Outside of the Disney sphere, Boyce appeared in Jake and the Never Land Pirates, Gamer’s Guide to Pretty Much Everything, and the Grown Ups franchise.

Fans have taken to social media to pay their respects to Boyce, and thank him for the impact that his life had on and off the screen. Here are just a few of those reactions.

Everyone up in heaven lucky as fuck to have Cameron Boyce. Cherish him, we didnt have enough time to. pic.twitter.com/yfr4YLQSW7

cameron boyce’s passing genuinely hurts me. i didn’t know him personally, but i’m praying for those who do. he was only 20 years old… TWENTY. he had a whole life ahead of him and it was taken way too soon. i’m so sad. rest in peace cameron, thank you for the laughs on disney.😭 pic.twitter.com/d6wkoxHcts

Heartbroken. Lost for words. I had known Cameron Boyce for many years. He was always polite. Always respectful and always a class act. In fact I was going to message him a couple weeks ago to tell him that I wanted to be in each other’s lives more.

Now I wish I had sent that message. Just so he personally knew how highly I thought of him and how much admiration I had for him. My heart goes out to his family & his close friends. Cameron, you were and still are a star. May god bless you in heaven. You will be missed down here

rip cameron boyce. i love you soo much. you were a huge part of my childhood. i still can’t believe you’re gone😭 i’ll never forget you❤️ pic.twitter.com/afqrzjMT2Y

cameron boyce was not only a talented actor, but also a humble, down to earth, amazing person, rest in peace angel pic.twitter.com/SSbst5cVAi