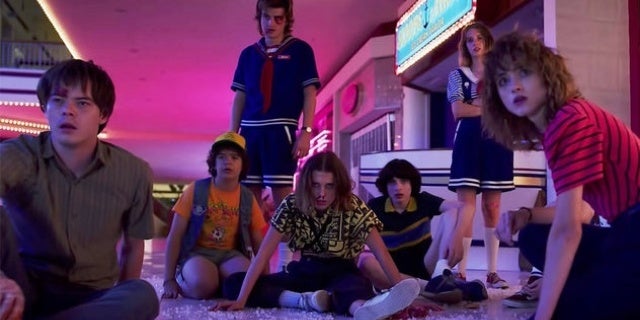 The highly-anticipated third season of Stranger Things is not only a massive step forward for the story of Hawkins, Indiana, but it’s also a significant step in the right direction for the diversity of the series. There have been many calls from fans for the biggest franchises around to be more inclusive with LGBTQ+ characters. Stranger Things has done just that this week, as the the third installment of the beloved series introduces fans to its first confirmed LGBTQ+ character. However, the reveal of this character’s sexuality came towards the end of the season, in a twist that most fans probably didn’t see coming.

WARNING: This article contains spoilers from Stranger Things Season 3! Continue reading at your own risk…

Relationships are a key part of Stranger Things Season 3, especially from the older characters in the series. Hopper and Joyce have always been a “will-they-won’t-they” that fans have paid close attention to from the beginning, but Season 3 introduces a potential love story between Steve Harrington and his fellow employee at Scoops Ahoy, Robin. The newcomer, played by Maya Hawke, has instant chemistry with Steve, and the entire season seems to be building toward a romantic relationship between them. But that’s not what happens.

Robin tells Steve in the middle of the season that she used to be obsessed with him in high school, often watching him in their first period class. By the time the end of the season rolls around, Steve realizes his feelings for her and finally decides to tell her. Once those feelings are out in the open, she informs him that he’s mistaken.

She was obsessed with Steve in high school because she was jealous of him. The girl who she always had a crush on was into Steve, and Robin never understood why. In this moment, Robin tells Steve that she’s attracted to women, making her the first openly queer character on Stranger Things.

What do you think about the third season of Stranger Things? Did you see Robin’s big reveal coming? Let us know in the comments!