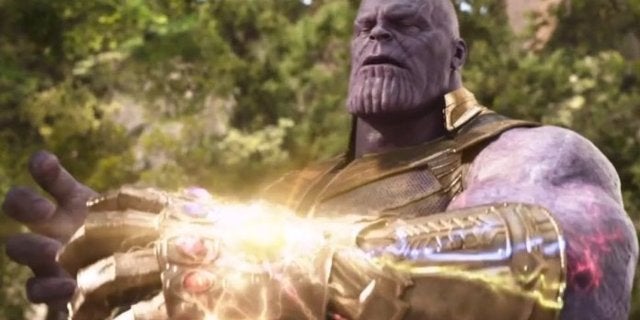 Spider-Man: Far From Home is really the first chance Marvel fans have had to process the undoing of the snap and see how the world at large reacted to their loved ones returning to the world. After Hulk snapped and brought everyone back safe in Avengers Endgame, 5 years had passed for everyone who wasn’t snapped, though for the people who were they were returned right back to where they were pre-snap, so no time has passed for them. In the movie that is referred to as the Blip, but the event overall was previously referred to as the decimation, and Marvel fans are trying to sort out which one applies to the event now.

Marvel fan Drop_Release took to Reddit to clear up any misunderstandings about what the event is called, starting with the Decimation. Drop_Release wrote “1) What people on Earth-199999 officially call the Snap/Snappening/when Thanos snapped his fingers: ‘the Decination’, ‘Decimation’ are the official terms used. There have been instances of calling it Snap as well (eg in a documentary shown briefly on screen in FFH).”

“2) What people on Earth-199999 call the event of people being un-snapped (what occurred in Endgame): ‘Blip’. The term Blip is used because a) they ‘blipped’ back into existence b) Because for those who were snapped, it felt like a blip in time, while for those who were unsnapped it was actually 5 years. I have seen many think the Blip term was utilized to describe the whole Snap process. Blip is only used for the instance of those being unsnapped.”

Drop_Release continued explaining the difference, as witnessed in Far From Home, saying “Thankfully the Decimation and Blip events were actually shown to have caused a lot of random and difficult things in the MCU. For example, it was shown in the start of FFH that those who Blipped actually did get plopped right back to where they left off. Later it was described, and then shown via Flash on the plane, the difficulty that this world now has with placing an age value on someone. Finally it was also shown that the Blip did cause chaos in people’s lives. E.g. Peter’s teacher Roger Harrington briefly mentioned on the plane that his wife had lied that she had blipped to excuse her cheating.”

Thing is that has caused some debate about what to call the entire event, with some thinking the Blip is just the returning of those unsnapped and others thinking Blip describes the entire ordeal.

“The Blip is the entire process,” Badimus wrote. “Remember the guy on the plane said his wife pretended to be Blipped so she could run off with some guy? He clearly meant she pretended to disappear when the IW Snap happened, not pretended to reappear when Hulk brought everybody back.”

Another user pointed out that Decimation is something from the comics and not somethikng said in the movies. “It’s worth remembering that “Decimation” is only a thing in a comic tie-in, and has never been uttered on-screen in film/TV,” SerBanana wrote.

Another fan pointed out that Decimation was true at one point, though Blip has replaced it. “The Blip essentially replaced the Snap/Decimation. The original term lost all relevance after Hulk snapped everybody back into existence. So before Endgame, there was only the Decimation. But after Endgame, everybody started calling it the Blip in light of its ultimately happy ending,” ahufana wrote.

So, what do you think Marvel fans? Is it called the Decimation or the Blip? Let us know in the comments!