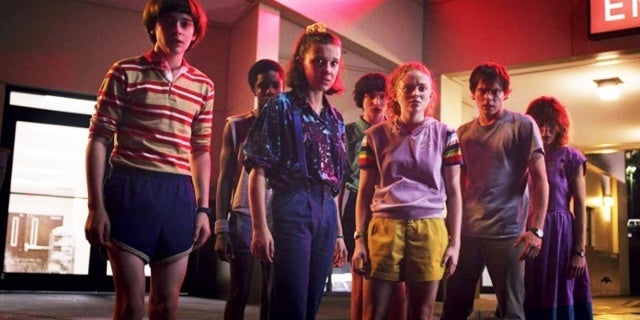 The latest season of Stranger Things introduces a lot of new threats and allies to the small town of Hawkins, but there are some returning faces that might surprise fans of the series. Well, maybe it’s a stretch to refer to one return among the “faces,” considering the face is more like a Venus flytrap capable of devouring a person whole.

Stranger Things 3 might focus on the kids attempting to take down the Mind Flayer, but there are plenty of surprises in store before the credits end on the eighth episode of the season.

Warning: Spoilers for Stranger Things 3 below.

The post-credits scene is already dominating as a topic of discussion among fans who have seen the new season, especially for its implications for one of the dearly departed characters on the show.

But that scene in particular also brings back the Demogorgon, which was absent throughout the entirety of Stranger Things 3 until that point. The flower-faced monster was instead replaced by a new group of possessed villains referred to as the Flayed.

With the essence of the Mind Flayer stuck in Hawkins after Eleven seals the gate in Season 2, it slowly gathers its strength until Russian meddling finally pries open a portal to the Upside Down once again. From that point, the Mind Flayer’s essence that was excised from Will begins to possess rats, then humans, using their flesh as material to recreate its own body on our side of the portal.

The kids eventually deal with that threat while Joyce and Hopper manage to shut the gate. But Russian meddling does not end there. Instead, we find out that they have harvested the dog-like creatures of the Upside Down and have transferred one to their own turf.

The final scene in the season shows soldiers “feeding” the Demogorgon by placing a prisoner in a large cell, then allowing the creature to enter and eat the poor bastard.

This Demogorgon isn’t the dark, menacing version that fans might be used to seeing from the first two seasons. Instead, this one looks grey and sickly, almost as if it’s barely surviving outside of its optimum environment.

It’s obvious that Stranger Things has more story to tell and that the show is not done on Netflix just yet. We’ll see how this strange new plot line plays into the future when a new season eventually hits the streaming service.

But for now, there’s still a lot we have to process from Stranger Things 3, now playing on Netflix.