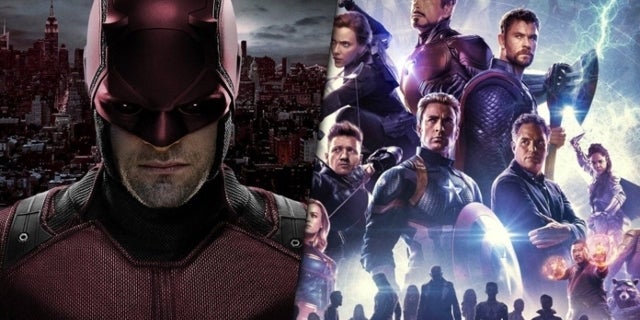 With Spider-Man: Far From Home now in theaters, the future in Marvel Studios is a complete unknown. We know films like Black Widow are already shooting while The Eternals and Shang-Chi are moving rapidly along in pre-production. Beyond that, fans of the Marvel Cinematic Universe are left staring into a deep void. As Kevin Feige, Victoria Alonso, and the rest of the team at Marvel Studios begin to sit down and sketch out the future of all things MCU, they need not look far — one of their biggest franchise is already close-by.

That’s right, Marvel Studios would be sitting on a goldmine if they chose to bring Matt Murdock/Daredevil and his rogue’s gallery into the cinematic fold. Out of all of the characters introduced in Marvel’s televisions offerings thus far, Daredevil is the one that could instantly support a film franchise of his own. Besides the interactions with Spider-Man (Tom Holland) and the other New York-based heroes fans are craving, the character has an incredibly rich mythos rich for the silver screen.

While some would argue Murdock is an elaborate character that needs a television show to explore his story, a movie budget would do ol’ Hornhead and his supporting characters wonders. Instead of taking on ten ninjas that supposedly make up The Hand on the third floor of a hospital, we could see him take on thousands of Hand ninjas on-screen at once. We could get an iteration of The Beast that wouldn’t stress the budget or we could get a full-on Wanted-style Bullseye. And all of that doesn’t include the inevitable Wilson Fisk/Kingpin, Elektra, Typhoid Mary, Nuke, Owl, or what have you.

As seen by the flock of fans gathered by the Netflix show, Marvel Studios wouldn’t have to sell the property one damn bit. And a following that large would leave Disney’s consumer products division with the biggest of smiles on their collective faces. Think of the toys, apparel, and other licensed merchandise that come with the territory of a franchise. Even if you’re still holding out hope for a fourth season of the show, you’d have to admit a Daredevil and Spider-Man team-up would rock, especially if they need to take down Kingpin.

Do you think Daredevil and his supporting characters should make the jump to movies? Let us know your thoughts in the comments below or by tweeting me at @AdamBarnhardt!

All three seasons of Daredevil are now streaming on Netflix. On the movie side, Avengers: Endgame and Spider-Man: Far From Home are now in theaters while Captain Marvel is available wherever movies are sold.