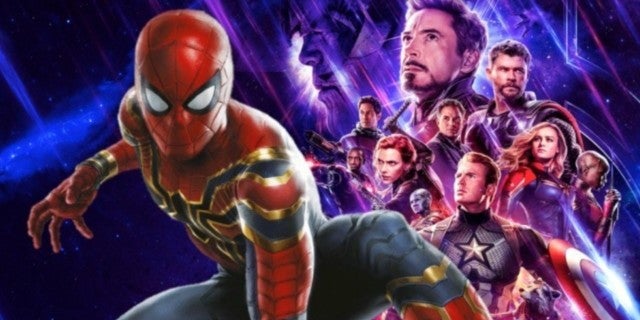 Avengers: Endgame forced many of the original Avengers to make major sacrifices – in some cases, the ultimate sacrifice. As the Marvel Cinematic Universe‘s Phase 3 Epilogue, Spider-Man: Far From Home reveals just how the world is dealing with loss of some key Avengers, and in doing so, makes an important reveal about how the world views the aftermath of Endgame.

It’s no surprise that the ghost of Iron Man hangs heavy over the story of Spider-Man: Far From Home, but what is interesting to learn is that the world of the MCU also thinks that Stever Rogers / Captain America is dead, as well!

Spider-Man: Far From Home director Jon Watts finds a clever and funny way of updating fans on the new MCU status quo, as Far From Home opens with the familiar Midtown School of Science and Technology news broadcast, hosted by anchors Betty Brant (Angourie Rice) and Jason Ionello (
Jorge Lendeborg Jr.). This special edition of the Midtown School news covers what happened to the world during Avengers: Infinity War and Avengers: Endgame, a phenomenon now known as “The Blip.”

Aside from the news show filling in gaps like what happened to Peter Parker’s schoolmates during The Blip, or how some people have aged five years while others haven’t aged a day, we also got a brief memorial for the Avengers lost during the battle with Thanos. That lineup included Iron Man, Black Widow, Vision, and Captain America. In the cases of three out of four of those Avengers, the memorial is fitting tribute – but as we all know, Steve Rogers is actually far from dead and gone.

If you’re wondering where the confusion is arising from: The climatic act of Avengers: Endgame saw The Avengers (and the rest of the MCU heroes) battling 2014 Thanos and his army on the rubble of Avengers Compound in upstate New York. That battle was furious and chaotic, and it was in the aftermath – before the rubble had been cleared or all the bodies counted – when Captain America took his fateful trip through time to return the Infinity Stones, and start a life with his love Peggy Carter in the 1940s. As far as anyone would be able to tell, if Cap never showed up again after the Battle at Avengers Compound, he would probably be considered to a fallen hero and martyr, just like Iron Man was.

Of course there are two questionable inconsistencies with this view of Caps fate. One is that Spider-Man: Far From Home goes way over the top with its Iron Man memorials and tributes, seen all over the world; and yet, no big Captain America memorials, even though he had been a worldwide icon decades longer than Tony Stark. The second issue is that while the public might think that Cap died during the battle with Thanos, it would take serious powers that be to really make Cap’s “death” official. After all, even dead, the body of the world’s premiere Super Soldier would be one of the most important potential assets in the world.

So, how did Captain America get official “dead” status? Liek so many things from Cap’s Avengers: Endgame story, it’s a loose end that need to be tied off… eventually.

Spider-Man: Far From Home and Avengers: Endgame are now in theaters, with Endgame hitting digital on July 30th and Blu-ray on August 13th. Captain Marvel is now available digitally and on home media.