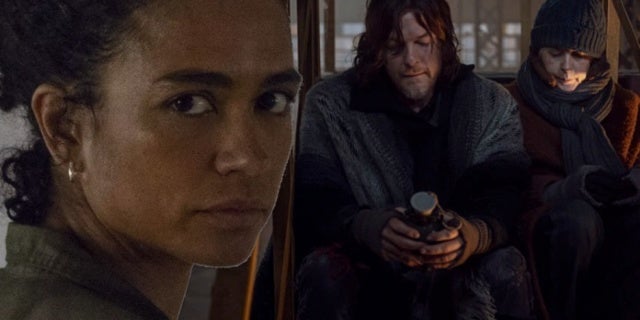 The Walking Dead fans demand to know if Season 10 will finally show the long unattached Daryl (Norman Reedus) some love.

Romantically pairing the loner with longtime close friend Carol (Melissa McBride) would satisfy “Caryl” shippers, fulfilling calls that have existed since Season 2. But hooking up Daryl with series newcomer and instant fan-favorite Connie (Lauren Ridloff), who joined in Season 9, would satisfy growing calls for “Donnie.”

A poll launched on Talking Dead in March revealed 81 percent of voters were in favor of “Donnie” turning romantic.

But after the collapse of “Carzekiel” — the formerly fairy tale-like marriage between Carol and Ezekiel (Khary Payton) ended in a split following the death of the couple’s adopted son, Henry (Matt Lintz) — calls for a Carol-Daryl coupling have been given a second wind.

When Skybound’s Walking Dead insider Johnny O’Dell launched a request for questions about the coming season to be answered in its fan mailbag, responses were flooded with inquiries about Daryl and his currently nonexistent love life.

Reedus previously compared Daryl to “a flamingo or a penguin,” telling IMDb if Daryl finds love “he’s gonna stick with it.”

“I think they both are surprised at how well they work together,” Ridloff, who is deaf, said through an interpreter at PaleyFest in March when asked about a “Donnie” romance. “Both of them are leaders … And obviously we don’t talk much, obviously, I guess I didn’t have to say that [laughs]. So I do think that we definitely make sense as a team and as a duo.”

Added Reedus of Daryl’s potential partner, “He has to respect them. And you see during the episodes that we work together, he’s like, ‘Oh, sh-t, she can handle herself. She’s a leader.’”

Reedus then opted to keep quiet, but added Daryl has “a lot of respect” for Connie. “He admires her, for sure,” he said.

What can we expect from Daryl and Connie this season?

When are Connie and Daryl getting laid

Is Connie living with Daryl and Dog and Lydia in Alexandria

Carol & Daryl to Get Together on ‘The Walking Dead’? ITS TIME

Anything on Daryl and Carol please? I’m hopeful we will get lots of these two together this season.

Yes please answer this one!!!

finally the long-awaited Romantic story between Carol and Daryl? It is finally time!

daryl will finally tell carol how much he loves her ?

Tell me something about Carol and daryl 🧡

Tell me about caryl ?

Will Daryl and Carol have their first kiss in season 10?#TWD