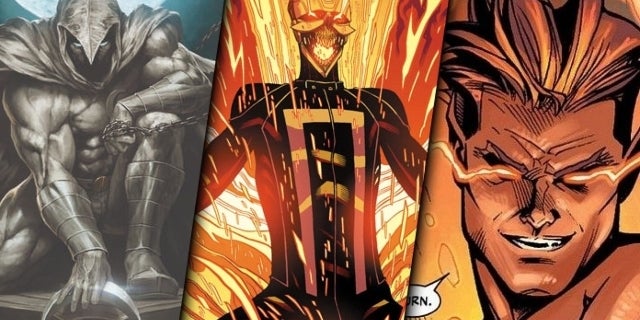 It’s no secret that Marc Spector is a character that’s on the radar of Marvel Studios — studio head Kevin Feige admitted as much last year in the lead up to Avengers: Infinity War. More recently, Avengers: Endgame co-writer Stephen McFeely had mentioned he wouldn’t mind take a stab at the character at one point, though his answer in the interview was a bit peculiar.

Let’s imagine he wasn’t talking about a complicated idea itself, rather the complications in regards to the potential property rights of the character. Is there a way that Marvel Studios has already passed on the property, giving it to its colleagues at Marvel Television?

Once upon a time, Marvel TV had upwards of six shows on Netflix. The look and feel of those “R-rated” shows closely matched to the content fans could see when they opened a Moon Knight comic book. With the relationship all but dissolved between Marvel and the streaming giant, all hope seemed lost for a Moon Knight series.

That is until Marvel, however, announced plans to start producing content with Hulu. First, the Netflix rival — and a company owned most in part by Disney — announced it had ordered four adult-oriented animated series that’d eventually cross over in a special titled The Offenders. Then, Hulu and Marvel announced that they’d be launching two live-action supernatural series — one seeing Gabriel Luna reprising his role as Robbie Reyes from Agents of SHIELD in Ghost Rider and then another featuring Daimon and Ana Hellstrom in Helstrom.

And then all of a sudden, hope was restored. It’s been well-documented that Hulu would be home to some of Disney’s more adult content and now that the streamer is dedicating itself to at least two darker shows, the possibility remains that the platform could eventually be home to a Moon Knight series. Though a movie from Marvel Studios would likely tap into the character’s Batman-like gadgetry, a show on Hulu would likely end up spending more time focusing on the character’s supernatural qualities, like focusing on his relationship with the Egyptian god Khonshu, something that’d blend right in with the other two shows they’ve already ordered.

Would you rather see Moon Knight in a movie or television show? let us know your thoughts in the comments below or by hitting me up on Twitter at @AdamBarnhardt!

In this latest episode, we go all in on the IT CHAPTER TWO trailer and do a deep dive into all the movies coming out this summer! After Avengers: Endgame is there any movie worth seeing? Find out the answer and make sure to subscribe now to never miss an episode!