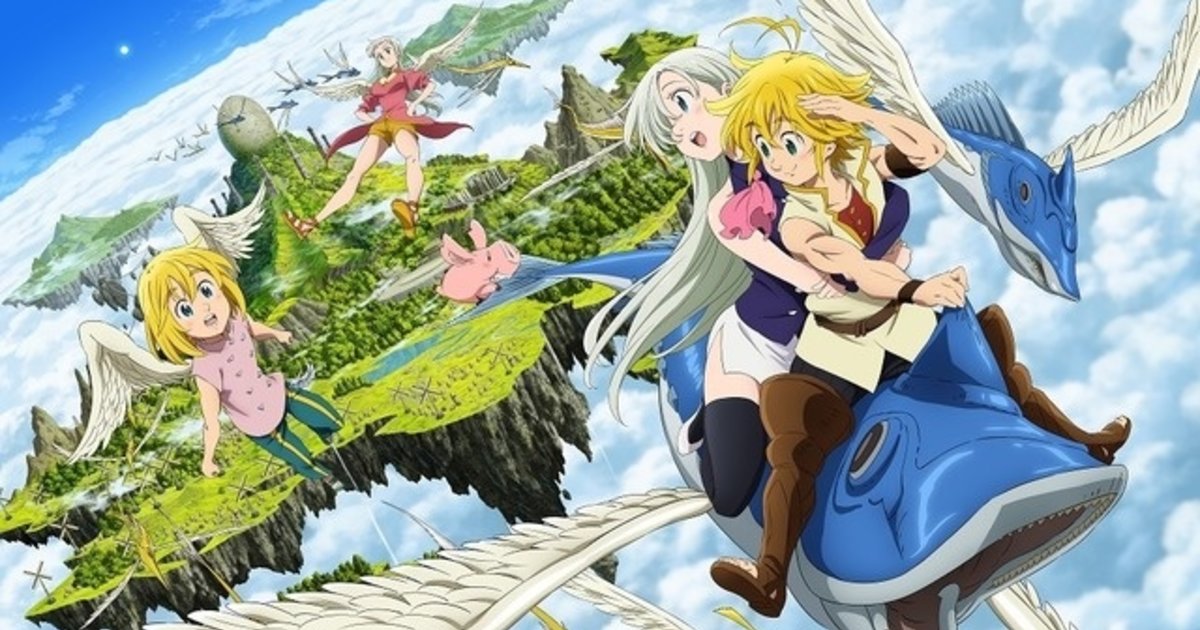 Four new announcements makes this an exciting week for those looking forward to the upcoming film The Seven Deadly Sins the Movie: Prisoners of the Sky!

The first announcement revealed that the theme song for the film would be “Soratobira” by Nogizaka46. The song was personally written by record producer and lyricist Akimoto Yasushi. This isn’t Nogizaka46’s only connection with the popular manga, as member Umezawa Minami is also playing the role of Elizabeth Liones in its upcoming stage adaptation.

A new trailer and key visual were also released along with the theme song announcement.

Finally, those who preorder movie tickets after July 13 will receive one of nine glittery tin badges. However, the total number of badges to be distributed is limited to 20,000.

The Seven Deadly Sins the Movie: Prisoners of the Sky premieres in Japan on Aug. 18.

Adapted with permission from Anime!Anime!